Biography: Ilya B. Tsyrlov, MD, has completed his PhD in Biochemistry at the age ReadMore...

Ilya B. Tsyrlov, MD, has completed his PhD in Biochemistry at the age of 27 and thereafter – a DSci in Molecular Toxicology. He has been working as Group leader, Head of the laboratory, Department chair at Russian Academy of Science. In the United States, served as a Senior Scientist at NCI, NIH, and Professor at Mount Sinai School of Medicine. Since 2005, a president/CSO of XENOTOX Inc, USA. Incepted and developed the Xenobiotical Virology as an interdisciplinary biomedical field. He is the author of 4 monographs and 250+ peer reviewed publications, and has been serving as an editorial board member of reputed Journals.

Biography: I started my research work for the completion of my doctorate, with di ReadMore...

I started my research work for the completion of my doctorate, with diseases of recent knowledge (mid-last century), "Mitochondrial Diseases", considered metabolic and that enter the area of my specialty Endocrinology and now geneticist. They have a syndromic and non-syndromic presentation, affect the devices, organs and systems that most require ATP; so that to address them, began with syndrome, symptoms and possible signs of seeking mitochondrial etiology: Neurosensory Deafness Ototoxicity. Obtaining the Doctorate, I was co-Director of the doctoral thesis of the Physician, Jorge Alejandro Ramos Vila with the syndrome External-Ophthalmoplegía Progressive (mitochondrial disease) and intergenomic nuclear-mitochondrial relationship, syndromic presentation. Later, I was a Research Advisor in the Thesis of the now Dr. in Medicine and Surgery, Raúl Vicente Boudet, relating mitochondrial haplogroups and immunological disease. In this last item, I am also responsible for the studies that relate mitochondrial haplogroups to Chagas disease, to know their influence on the different clinical presentation of this pathology. In the Cathedra of Biochemistry and Molecular Biology FCM - UNC, I have my Clinical Research Office, to perform the Clinical History and Informed Consent, to study patients. Being pathologies of syndromic presentation, we carried out Inter and Multidisciplinary interconsultations (data that we are very valuable). 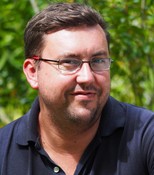 Professor John Miles is Principal Research Fellow of Molecular Immunology at the Australian Institute of Tropical Health and Medicine, James Cook University, Australia. He is co-director for the Centre for Tropical Bioinformatics and Molecular Biology and theme leader for the Centre for Molecular Therapeutics at James Cook University. Professor Miles is an expert in human immune system monitoring and modulation where he has published 110 papers.

Biography: A practicing physician in the field of healthcare in the state of Kera ReadMore...

A practicing physician in the field of healthcare in the state of Kerala in India for the last 30 years and very much interested in basic research. My interest is spread across the fever, inflammation and back pain. I am a writer. I already printed and published nine books on these subjects. I wrote hundreds of articles in various magazines. After scientific studies, we have developed 8000 affirmative cross checking questions. It can explain all queries related to fever. 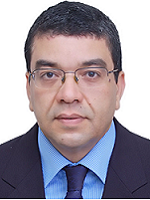 Anouar Alami studied Chemistry at Montpellier II University, France and He received his PhD in 1991. He then joined in 1992 the department of chemistry at the Faculty of Sciences Dhar El Marhaz, Sidi Mohamed Ben Abdellah University (Fez, Morocco). He obtained his state doctorate thesis degree in Organic Chemistry in 1997 at SMBAU. In parallel to all his responsibilities (Head of Department of Chemistry, Responsible for the doctoral training "Bioactive Molecules, Health and Biotechnologies", Director of the Laboratory of organic chemistry, Coordinator of the Bachelor's degree program "Chemistry Sciences"), he had prepared a DEUG (2008) and a License (2010) in Private Law in French and a Master in Economics and Management (2013) at the Faculty of Economics, Law, and Social Sciences of Fez. Concerning the scientific research side, He had published more than 85 research articles indexed in several databases (Scopus, Web of science, Elsevier, Eric, IMIST…). 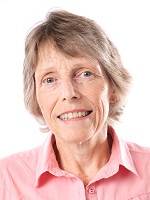 Biography: Dr.Diane Williamson is a Dstl Fellow in Immunology, based at Porton Do ReadMore...

Dr.Diane Williamson is a Dstl Fellow in Immunology, based at Porton Down. She has worked in R&D (starting in veterinary vaccinology and moving to human vaccines and therapies for serious pathogens) for 30 years. She has published extensively, on the theme of prophylaxis and therapy of serious human diseases for biodefence and emerging pathogens and has worked in the R& D pipeline from discovery to translation to the clinic. Additionally she is currently a Fellow of the Royal Society of Biology and of the Royal College of Pathology and has served as a Trustee and national Education secretary of the British Society for Immunology. 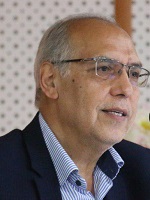 Ali Karami is currently working as a professor of Molecular Biology (Medical Biotechnology), Genetic Engineering and Bioinformatic Research Center of Molecular Biology, Baqyiatallah University of Medical Sciences. Tehran-IRAN. He is working and teaching in areas like Molecular Biotechnology, Rapid Molecular Detection of Infectious Diseases, like PCR, RT PCR, Microarray, Rapid Immunological detection methods, Point of care for detections, Surveillance and molecular Epidemiology of infectious diseases, Novel Vaccines like Recombinant and DNA vaccine and production of Recombinant Protein for Prevention, Detection and Treatment. Other areas that he has been working since last 25 years are Bioinformatics, Genomics, proteomics and System Biology, Biosafety, Biosecurity, Medical Bio-defence, Bioethics and BWC convention.

Anna G. Afinogenova is a pharmacist, microbiologist, doctor of biological science since 2011, specialized in clinical microbiology. She is the head of laboratorial centre of St. Petersburg Pasteur Institute, professor of St. Petersburg State University. She has published more than 30 papers in profile journals, has got 17 patents. She is the member of EWMA since 2010.

Biography: Dr H B Veena Kumari has completed M.D Microbiology. She is currently a ReadMore...

Dr H B Veena Kumari has completed M.D Microbiology. She is currently a Professor in the Department of Neuromicrobiology and also Member Secretary, Hospital Infection Surveillance System, NIMHANS, a premier Neurocare Institute in South India. She has published more than 30 papers in reputed international and national journals and mentoring PhD and other postgraduate students also associated with other National Institutes collaborating with CDC in AMR surveillance. She expresses the zeal to work towards combating drug resistance and infection control. 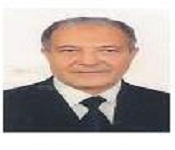 Biography: Awarded the Excellent Medal of the First Class, 1995.Received the Seni ReadMore...

Biography: Stef Stienstra is a strategic and creative Consultant in Biomedical Sc ReadMore...

Stef Stienstra is a strategic and creative Consultant in Biomedical Science with a parallel career as a Commander of the reserve of the Royal Dutch Navy. For the Dutch Armed Forces he has responsibility for the counter measures in CBNRe threats and (Medical) consequence management both in a military and a civilian (terrorism) setting. He is a strategic functional specialist for “Health & Environment” of the 1-Civil-Military-Interaction Command (1-CMI) of the Dutch Armed Forces and for 2015 also in the NATO Response Force (NRF), which is in 2015 the responsibility of the 1-German-Netherlands-Corps (1-GNC). In his civil career he works internationally as Consultant or as Scientific Supervisory Board Member for several medical and biotech companies, merely involved in biodefense. He is also a Visiting Professor for Punjab University in Pakistan and Rhein-Waal University in Germany. He has completed his studies in Medicine and in Biochemistry at the University of Groningen in The Netherlands and has extensive practical experience in cell biology, immuno-hematology, biodefense and transfusion medicine. His natural business acumen and negotiation competence helps to initiate new successful businesses, often created out of unexpected combinations of technologies. His good understanding of abstract science combined with excellent skills in the communication of scientific matters to non-specialists, helps him with strategic consulting at top level management.

Biography: Eugenie Bergogne-Berezin is a Professor of Clinical Microbiology at Un ReadMore...

Eugenie Bergogne-Berezin is a Professor of Clinical Microbiology at University Diderot, Paris. She has studied MD in Medicine and PhD in Sciences in the early 1970s. She is a Chief of Department of Clinical Microbiology and research group, University Bichat Claude-Bernard and developed research on Acinetobacter spp., (nosocomial pathogen, pathogenicity, resistance), pharmacology of antibiotics, tissue distribution (lungs, brain, bronchi), research on intestinal ecology, jejunal flora and bacterial adhesion. She is an Adviser to pharmaceutical companies, expert in pharmacology-toxicology for the Ministry of Health, expert for international journals. She has developed a journal Antibiotics, (Elsevier). She has published 6 medical books, many chapters in international infectious diseases books, 200 articles in scientific journals.

Dr. Theresa I. Dale, Ph.D., CCN, NP Founder & Dean, California College of Natural Medicine, Ventura, CA. President & CEO, The Wellness Center for Research & Education, Inc. Author * Inventor * Researcher * Biological Medical Consultant Dr. Dale’s interest in non-invasive therapies became her passion when she was diagnosed with a uterine tumor at 22 years of age. After healing herself of the tumor by herself in six months using only natural medicine, she decided to make natural medicine her career. She completed her Naturopathic Studies in Europe. In 1992 Dr. Dale founded The Wellness Center for Research and Education, Inc. The California College of Natural Medicine (501C3) was then founded to train health providers in advanced Biological Medicine. A Winning Combination! Dr. Dale is the “Pioneer of Hormone Rejuvenation” with over 20,000 case studies using her advanced formulas NuFem & EndoPure for Men and Women and her “Five Element Salivary Test” panel with her custom Wellness ProgramMoreover, Dr. Dale’s organic herbal and clean nutritional formulas have been proven successful in clinical testing. Furthermore, Advanced Homeopathic research lead to her formulation of the first Fibonacci Sequenced Homeopathic product line. She offers lectures and workshops to medical professionals and speaks at various conferences. Dr. Dale has authored two books “Revitalize Your Hormones; Dr. Dale’s 7 Steps to a Happier, Healthier and Sexier You” and "Transform Your Emotional DNA, Understanding the Blueprint of Your Life”.

Biography: Lalit Garg has received his PhD degree from the University of Ulster, ReadMore...

Lalit Garg has received his PhD degree from the University of Ulster, UK in 2010. He has received his first degree in Electronics & Communication Engineering from the Barkatullah University, India in 1999 and Postgraduate degree in Information Technology from ABV-IIITM, Gwalior, India in 2001. He is currently a Senior Lecturer in Computer Information Systems at the University of Malta, Malta. He was a Researcher at the Nanyang Technological University, Singapore and at the University of Ulster, UK. His research interests include missing data handling, machine learning, data mining and their applications especially in the healthcare domain. He has published more than 60 technical papers in refereed journals and conferences.